Central Districts humbled Otago by 10 wickets, Auckland and Wellington took part in a run-fest on the Eden Park Outer Oval, records were amassed like a ‘70s DJ building his collection, but it was all irrelevant. All anyone will remember was a large double hundred in Kingsland, Colin Munro putting on a master class unrivalled in the City of Sails.

A Spirited conversation with Kerryanne Tomlinson

What was you first cricket experience?
Playing with the yellow cricket sets in primary school with the boys.

A Spirited conversation with Nicola Browne 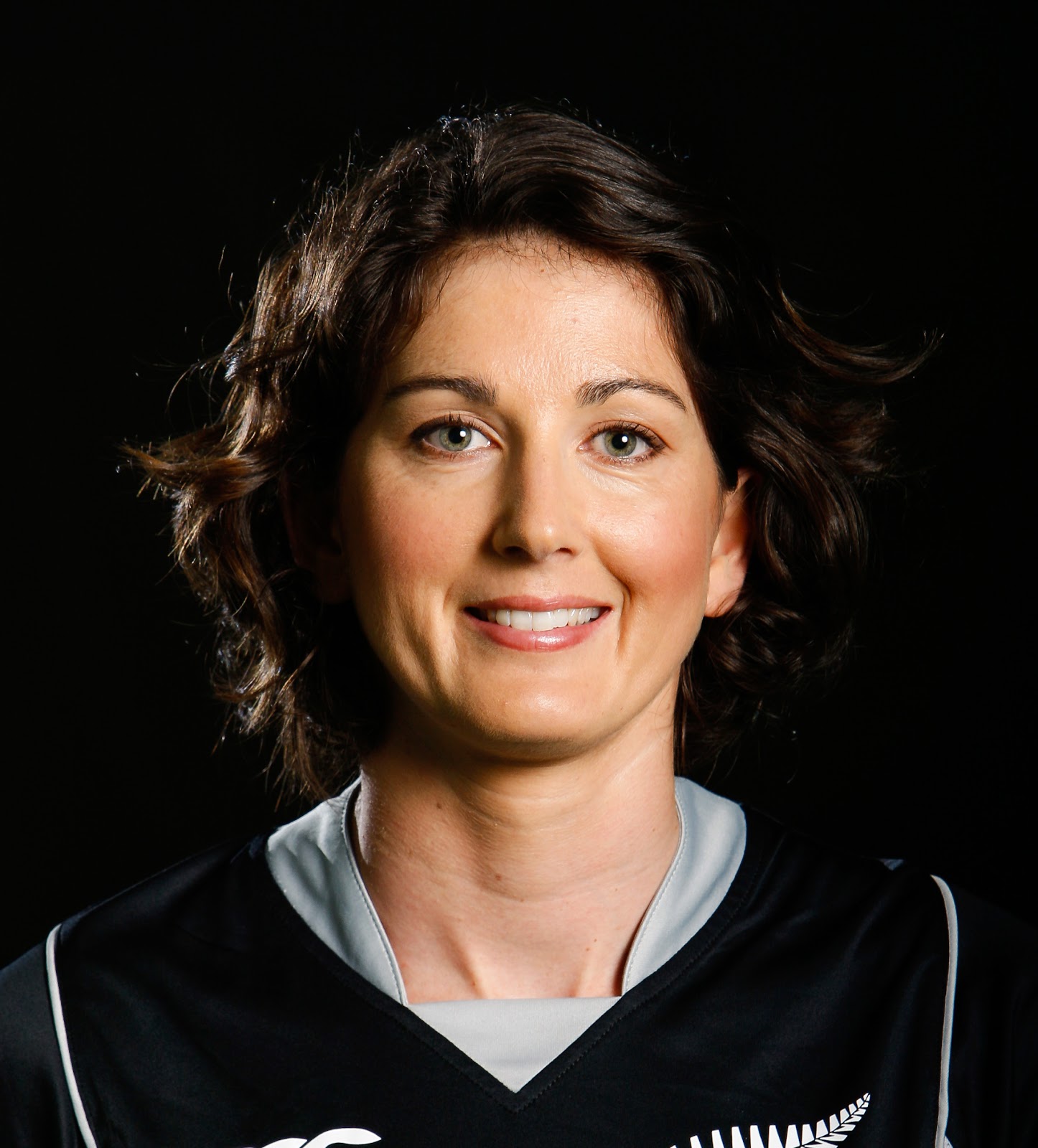 What was you first cricket experience?
Playing at Simpsons Beach in Whitianga on holiday most summers.

A Spirited conversation with Natalie Dodd

What was you first cricket experience?
Playing backyard with Dad.

Read more »
Posted by A cricketing Buddha at 9:52 PM No comments:

A Spirited conversation with Morna Nielsen

What was you first cricket experience?
Playing on the field at primary school – I don’t really remember too much more than that, far too old.

Read more »
Posted by A cricketing Buddha at 9:46 PM No comments:

A Spirited conversation with Katie Johnson

What was you first cricket experience?
Probably in a pram, or on my bike watching my sister play cricket for Baradene College, or Auckland.

Read more »
Posted by A cricketing Buddha at 9:39 PM No comments:

A Spirited conversation with Jacinta Coleman

What was you first cricket experience?
Back yard cricket with my family.

A Spirited conversation with Felicity Leydon-Davis 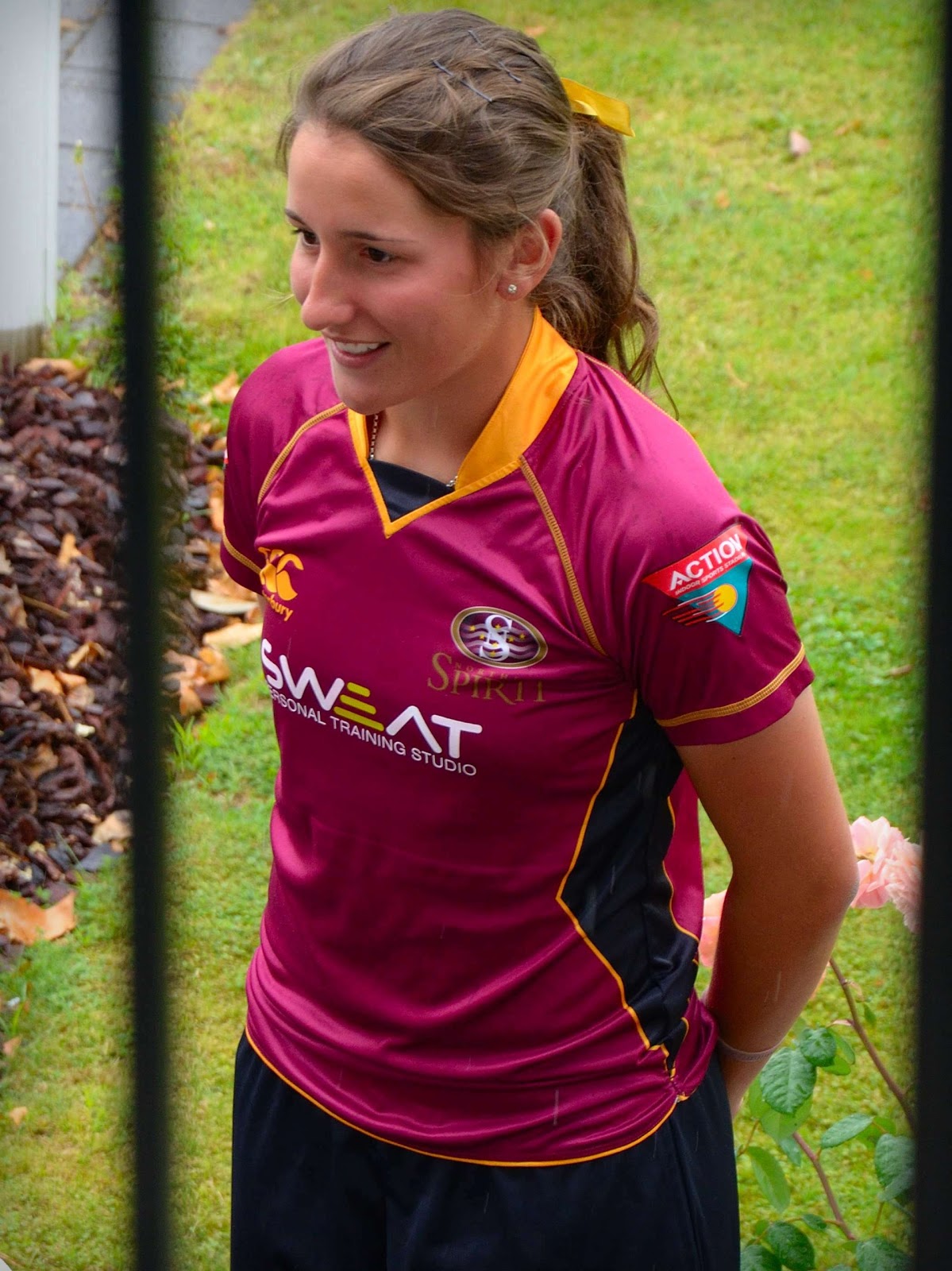 What was your first cricket experience?
Watching my older brother play at primary school, later joining in practice in the back yard cricket with him and Dad. First memorable exciting coaching session I experienced was when the Marshall brothers came to my primary school, inspiring me to be a great cricketer.

A Spirited conversation with Brooke Kirkbride

What was you first cricket experience?
My first real experience was actually my brother winning a backyard bash with the Knights. So I got to have a bowl and bat with people like Daryl Tuffey and Scott Styris.

Read more »
Posted by A cricketing Buddha at 9:13 PM No comments:

A Spirited conversation with Anna Peterson

What was you first cricket experience?
Dad made me and my brother, when we were about two and three, our first ever cricket bats - Alex (my brother) got a Batman sticker on his, and I got Donald Duck.

Read more »
Posted by A cricketing Buddha at 9:01 PM No comments:

The start to the 2012/13 Plunket Shield season has seen records broken like plates at a Greek wedding. For a competition steeped in history, the play has been fascinating – domestic cricket’s cream has risen quickly to the top.

A mixture of youth and experience continued to show through in the most recent round. Michael Papps, Dean Brownlie and Peter Fulton all dominated with the blade, while promising young international Tom Latham led his Canterbury team mates to an unlikely victory in Rangiora. But the most encouraging performance came from Central Districts’ young quicks, Adam Milne and Ben Wheeler – if only they can stave off injury that so regularly strikes down bowlers with any pace in this country.

Read more »
Posted by A cricketing Buddha at 12:21 AM No comments:

Few domestic encounters in New Zealand cricket evoke the same passion at the clash of the two Southern sides – Canterbury and Otago. The provincial neighbours have already met in the first round of the Plunket Shield, with Otago securing a comfortable victory in Rangiora on the back of Aaron Redmond’s pair of centuries.

The return encounter at Dunedin’s University Oval flattered to deceive. A low scoring affair, both sides has opportunities to win the match in the final hour, and neither would be overly satisfied with the draw. But it was what Southern derbies are all about – two sides giving all they have, grafting for every inch.


1. That’s two for Fulton, and Fulton for two
Peter Fulton was to the fore for Canterbury hitting back to back hundreds (102 and 108) – the third time this season a batsman has achieved the double in a Plunket Shield fixture. Aaron Redmond and Jesse Ryder doubled up in the opening round – now in just the sixth match of the summer Fulton has joined the elite group.

The battle of the north returned to Eden Park in the latest round of the Plunket Shield. Last season’s top two sides came into their second match after a winless previous round – Northern Districts’ were denied victory in a match they should have won; Auckland looking to build their confidence after a poor effort in a loss in Napier.


1. Return to the Garden
A little over a year ago the Outer Oval, Eden Park 2, the Garden of Eden – call it what you will, was being used as a car park, a corporate hospitality venue and a communal toilet block for rugby’s greatest showpiece. It took a hammering as the All Blacks raised the William Webb Ellis Cup and crowds flocked for every available ticket to the oval ball’s showpiece tournament.

Read more »
Posted by A cricketing Buddha at 12:29 AM No comments:

After a week waiting in the wings, Northern Districts and Auckland got their Plunket Shield campaigns underway against Otago and Central Districts respectively.

Both matches peaked in high drama on the final day – what Kiwi cricket fan’s would give to be able to listen to the drama on the radio – maybe later in the season if 2011/12 is any indication. For now, they’ll have to rely on Twitter updates and New Zealand Cricket’s live scoring – the second rate coverage of our first class game is disappointing. However, if the season continues in the manner of the first four matches then fans should make every effort to get along to their local park - entertainment guaranteed.

Read more »
Posted by A cricketing Buddha at 9:09 PM 5 comments:

Or was it the collective greed, and financial disparity, of international cricket boards?

The last week has seen an informed and unbiased debate on the merits of England’s two divergent cricket commentaries – BBC’s Test Match Special and the internet hit, Test Match Sofa – if only…

Instead, Test Match Special stalwarts Jonathan Agnew and Christopher Martin-Jenkins have done little more than throw barbs at their more irreverent couch-bound contemporaries. Their views have come across as sanctimonious, nasty and arrogant – akin to an entitled bully taking pot shots at the quiet kid in the corner minding their business – David is never going to topple cricket’s Goliath. Those who take the views of two seemingly bitter old men to heart would firmly believe that “the Sofa” is destroying the very essence of our great game and putting the financial stability of the ECB at risk.

First class cricket is upon us and summer is underway - the first two matches of the Plunket Shield are done and if the season continues in the same vein supporters would do well to get to their local oval. In an early season reversal, bat dominated ball with the top order leading Otago and Wellington to comprehensive victories over Central Districts and Canterbury respectively.

If you missed all the action, have a read of my six quick singles and keep abreast of our great game.