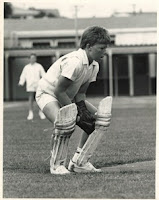 Donning the whites with Grace was born out of a need for an outlet for my ramblings - it's as simple as that. The moniker, a cricketing Buddha, has no religious significance though cricket is undoubtedly a sport sent from heaven or played by your gods - whomever they may be. I call myself a cricketing cynic but in essence I'm a cricket tragic.

The views in my blog are wholly mine, though from time to time I have a mate write a guest spot - not doing so would be akin to a T20 over without a change-up. I'll try to post an interview when I can, though given I am a rank amateur not many people of interest want to talk to me.... If you don't agree with what I say or feel strongly about an issue I've raised then let me know - post a comment or send me a tweet @aotearoaxi. I'll make every effort to reply to each comment individually - debate enhances all our lives.

Home: New Zealand
Teams: It's a close run thing between New Zealand and the West Indies - I grew up watching Richards, Garner, Haynes, Croft et al. I'm making a conscious effort to follow Surrey in the County Championship for 2012.
Cricket hobbies: I'll follow cricket around the world if I can get coverage. I collect sports books and memorabilia, and now I have the Wisden bug.
Heroes: My son plus Sobers, Richards, Marshall, Hooper, Ambrose, Lara and Wasim Raja; a cricketer before his time.
Likes: Five days at a test match
Dislikes: Those who believe captaincy and leadership equal the same thing, and cricketers who believe the public owes them a break for doing what they love, travelling the world and getting well paid for it - it's not all beer and pies but it's better than a 9 to 5. 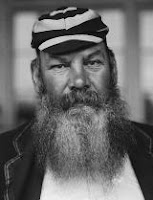 To read a bit more about my background and the wider rationale for the blog, check out my first post - it says it all, and more.

Follow me on Twitter @aotearoaxi. For those who don't live in my corner of paradise; Aotearoa (pronounced ow - tear - are - roar (roll the first r) - are) is Te Reo Maori for New Zealand, XI is eleven - self explanatory to anyone reading this. So, in layman's terms my handle is New Zealand Eleven, but that didn't sound exotic enough.